We’re inspired by the creative way they are drawing attention to our food system and our environment, and we sat down with them to hear more about their work.

GE: What is the history of Julia Adam Dance (JAD)?
Julia: JAD was founded in 2014. I had desire to move out of the court/theater and take people to a place in nature to hold them, nourish them, and show them her art. As Artistic Associate of Ballet Memphis for three years, I sat in meeting after meeting discussing audience engagement. The conversations went in circles about how to get people interested in coming to the theater, engaging them there and be sure to get them to come back. It seemed everyone was struggling with all of these ideas. When I left that job, I realized that the basic protocol of driving into a busy city, finding parking, grabbing food, rushing to the theater, and then sitting in a dark room beside people you don’t really know wasn’t creating a space for people to feel engaged. I went deeper. What would it feel like to make a pilgrimage to somewhere so beautiful that the journey would start to calm you. Once you arrived, all of your needs would be met. All of your senses engaged. This was the beginning.

GE: How did you come up with the vision for these beautiful events?
Julia: Place is a very important aspect of what we do. Putting people in an environment that connects them to nature, to themselves, and to each other was crucial. Aaron’s connection to agriculture and his passion for sustainable farming taken to a culinary level, along with my art sealed the deal. The three parts make for a complete evening and vision of these events.

GE: Your events feature curated farm to table menus. Can you tell us a little bit more about where your passion for transparent and responsibly sourced food comes from?
Aaron:

I had an awakening when I found out we were going to be parents in 2002. I was essentially an urbanite with no real understanding of the environment or agriculture. I had a media company in SF and was doing a lot of PR content for Netflix at the time. Around the same time, a good friend was involved in the creation of Sonoma Mountain Institute in Petaluma, and I made some short videos for them. I met people like Brock Dolman, Bob Cannard, and Elaine Ingham. I was amazed at how little I knew about things that actually mattered. I read Paul Hawken’s Natural Capitalism and Secrets of the Soil and wondered why it took me so long to find this stuff. I remember being at Sundance around the same time and screening the doc “The Corporation” and I had one of those Jerry Maguire moments and decided to make a documentary about agriculture. We Are What We Eat never made it past its beginning as a short, but the process was a deep dive into the who’s who of sustainable ag. Mark Squire was my local grocer and one of the luminaries I interviewed for the film. I spent a bit of time abroad and did two long laps of the US, drinking in the topic. Eventually, I came to two conclusions: one, it’s really hard to explain a topic as important, complex and critical as agriculture in an hour and a half and two, If I was going to leave a durable legacy for my kids, I had better get my hands in some soil. Fast forward to now, from the art and cultural events to Holistic Ag our grazing/beef business at Pepperwood Preserve, everything we do is tied to the mission of promoting, practicing and adaptively improving regenerative agriculture.

GE: Can you share a story or two about some of your suppliers and how their practices differ from those used in industrial farming?
Aaron:

On the vegetable side, Cannard (Green String) is probably the epitome of an ecological farmer. His gardens are diverse and chaotic, and his produce is transformational. I spent many hours at his farm in Sonoma at the beginning of this journey, and it framed my view of what agriculture should be. I had yet to develop a grasp of permaculture but I was already looking at it. It was the antithesis of monoculture, and he was as plugged a component of the system as was humanly possible. I think he’s more plant than mammal. On the livestock side, between myself (Holistic Ag) and my longtime collaborator, Guido Frosini, of True Grass Farms along with Aaron Gilliam of Sweet Grass Grazing, we’ve raised all of our meats. It’s hard to get more transparent than that. We all practice Holistic Planned Grazing, and are focused on ecological stewardship, animal welfare, and low-stress stockmanship. I’m probably the extreme, having had my mixed class herd at Pepperwood Preserve for the last 7 years. They already knew they needed livestock to manage their grasslands effectively, but when I approached them they were ready to step it up, and I think we’ve collaborated on one of the best examples demonstrating the compatibility of conservation and agriculture.

GE: Location is so essential to your work. Can you speak to how your performances are inspired and influenced by the locations where they are performed? Much of your work has been performed in Marin and Sonoma County. Can you speak to the significance of this area in your work?
Julia:

We began in a boathouse on Tamales Bay and the focus of the evening was Water. The dance was titled Dew Point and the choreography depicted short stories of swimming, surfing, mermaids to drought, flooding and pollution. We then moved to the Woods in Nicasio, and explored themes of the Earth. The dance was titled The Mycelial Nature of Things. The themes of our interconnectedness were explored through mycelium, and the woods, and the mushrooms and the soil. A tale of Red Riding Hood, but from a fungal point of view. When we moved to the Mesa in Bolinas, we completed our elemental cycle with Air, Solis (fire) and Quintessence ( the fifth element ). West Marin and Sonoma County are such amazing parts of the planet, where farmers are doing the good work, and the environment fits the beauty and the “je ne sais quoi” for our events. It is also our home and a place we want to share with others.

Aaron: It’s been chicken and egg. The topics we’ve chosen have influenced the locations and vice versa to the point where it no longer matters. From a programming standpoint, Julia started by restaging Dew Point at the Boathouse. I knew I wanted to focus on the environment without getting too much in the woods, we took it into the soil. I knew we had to get to the coast for AIR, and when we landed at Big Mesa Farms, we had a more significant grounding, and you could reach out and literally touch the food growing steps from the table. A good, healthy farm fosters and balances all of the things essential to life. Having run through the elements it’s exciting to branch off. It’s our sixth year at a new location, that is a more comprehensive example of a sustainable landscape. I feel like we’ve been forging a new paradigm that we can’t quite reconcile with the Matrix so to speak. I don’t know about you but I’m pretty overwhelmed with the state of the planet and society, I think we all are. The English idiom “At Sixes and Sevens” refers to chaos and disarray. This year we are embracing the madness by providing an antidote. Not in spite of but in reaction to. Maybe we can be a bit of a template for what things look like when we have all of our needs met without doing harm.

GE: What would you like the future hold for Julia Adam Dance?
Aaron: The biggest vision of JAD is a plot of land that is large enough to adequately demonstrate broad-acre permaculture and house three institutes that are at the heart of what we do. Regenerative Agriculture, A Nutritional/Culinary Institute that promotes properly sourced ingredients and therapeutic cuisine, and an Arts Institute focussed on creating work that tells important stories and keeps beauty and hope in our lives. 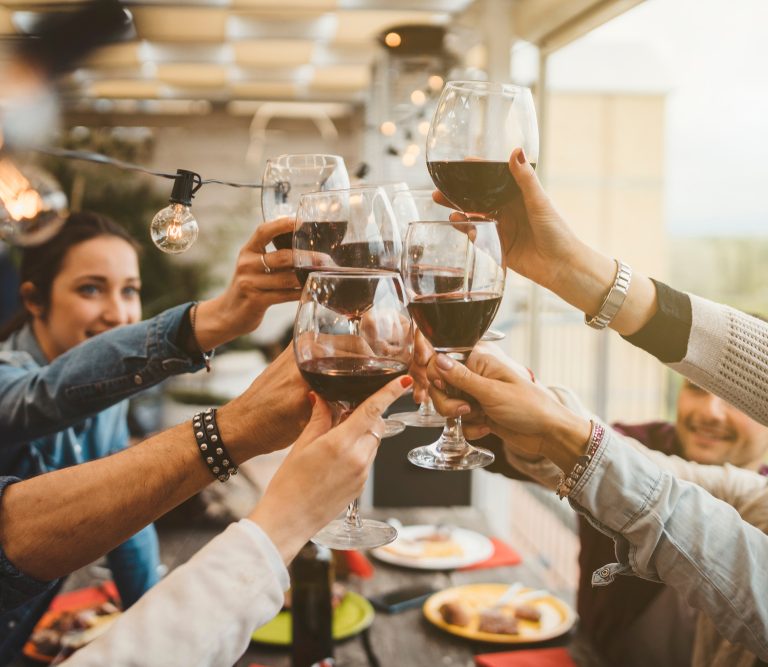 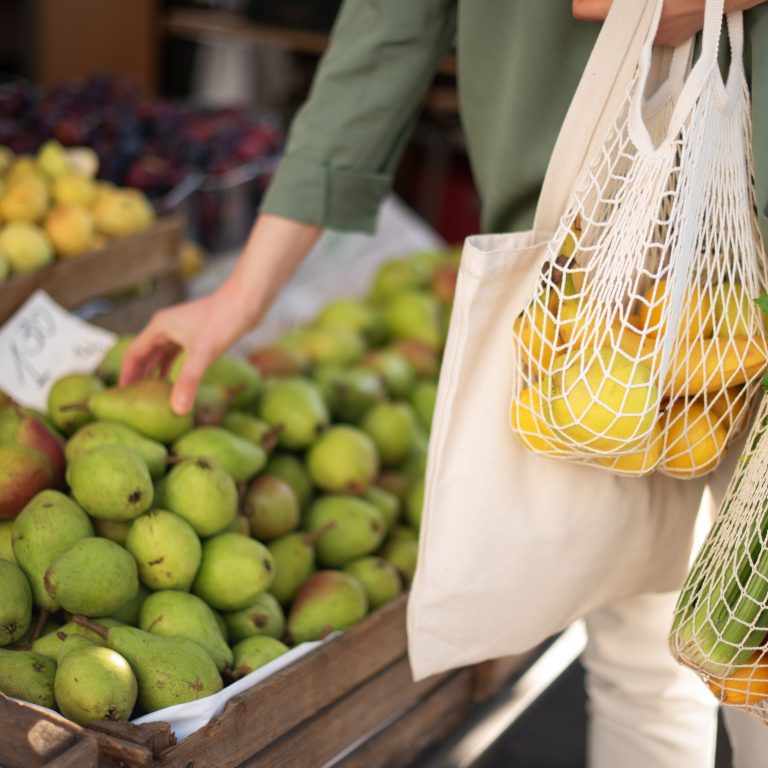 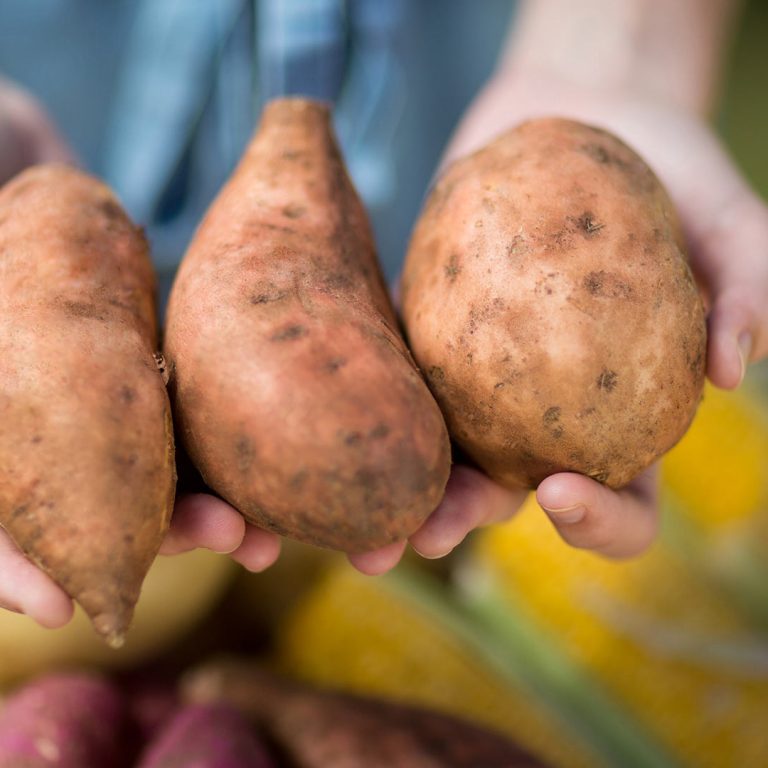 Holiday Recipes: Favorites From Our Staff